Thank you for visiting my website. I write contemporary love stories in both English and Afrikaans.

features my interviews with other authors around the world.

is where I share moments from my life as an author. Pop in for a visit. 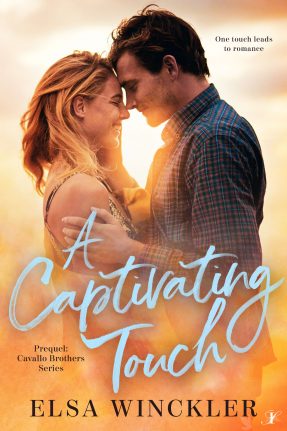 Discover beautiful South Africa in this sweet, heart-warming Cinderella story about a blogger, a billionaire, and one chance meeting.

When it comes to men, if physiotherapist Caitlin Sutherland didn’t have bad luck, she’d have no luck at all. To help cope, Caitlin blogs about the men she meets and the bad dates she’d gone on.

While on duty during the annual Wines to Whales bicycle race, a gorgeous, sweaty cyclist walks in and sets her hormones dancing. But he is Don Cavallo; one of the four Cavallo brothers — hotel tycoons, famous as much for their business skills as for the number of beauties seen on their arms.

Billionaire Don Cavallo has his own issues with the other sex. He has yet to find one who is interested in him, not his money or hotels. But when this sexy physio puts her hands on his back, she not only touches his body, but also his heart.

They’ve both been burned before, but neither of them can stop themselves from playing with fire 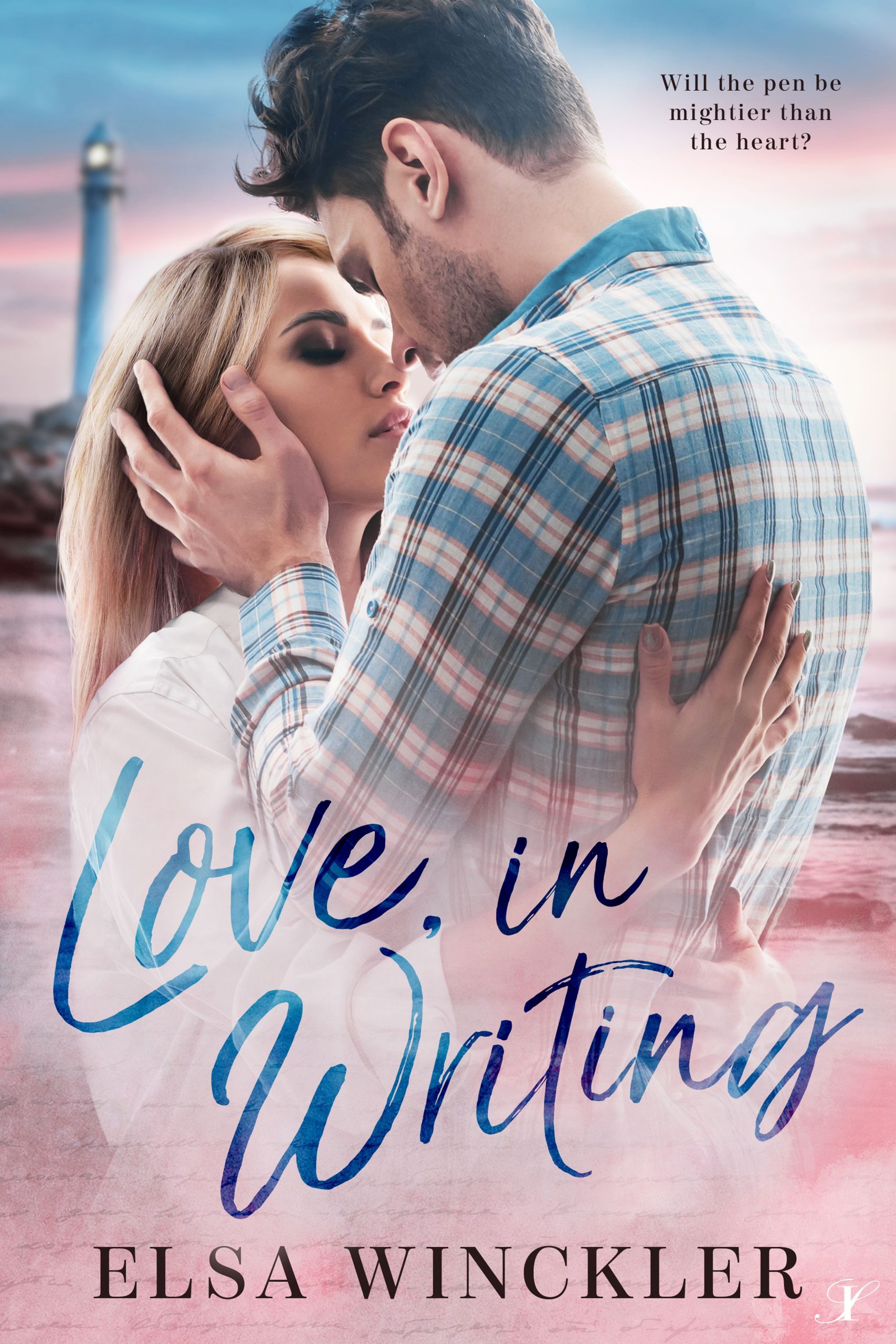 Margaret Parker is a hopeless romantic whose fantasies fuel her writing. For Graham Connelly, science fiction is the perfect genre to express his cynical worldview. A chance meeting in a lift leaves them both interested and aroused — with no clue as to the other’s identity.

Margaret has been looking for a face to match her new fictional hero — and Graham’s is it. Graham has been looking for proof that innocence and optimism still exist — and he’s found it in Margaret. But fantasy isn’t reality, and both Margaret and Graham are used to controlling their fictional worlds. Can they step off the pages long enough to find their own happy-ever-after?

She writes romance. He science fiction. A relationship seems unlikely, can love find a way? 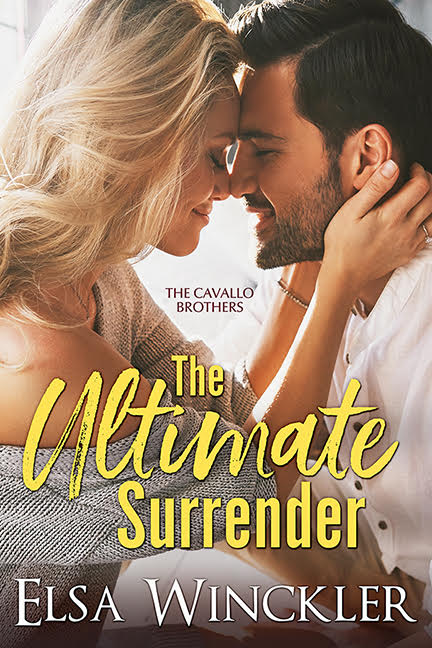 On a sunny beach in the Seychelles, she stole his heart.

Darryn Cavallo is a seasoned photographer and quite used to being surrounded by gorgeous, half-naked women without breaking a sweat but he isn’t ready for the powerful feelings fashion model Hannah Sutherland elicits the minute he sets eyes on her. He’d once made the rookie mistake of falling for a model and it had ended badly, so when another photographer implies he’s also been with Hannah, Darryn uses it as the perfect excuse to walk away.But when they meet again, Darryn can’t ignore his instincts—Hannah is in danger. Lies and threats make targets of them both, and faced with a situation of pure terror, Darryn is forced to realize he’ll do anything to protect her. And to keep her with him, always… 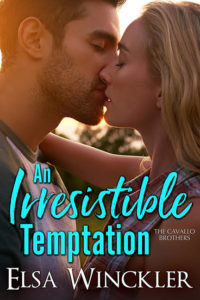 She has enough trouble in her life – she doesn’t need him to add more.

While school teacher Dana Roux is attracted to hotel tycoon David, she has no intention of ever acting on it. He’s way out of her league, and, as a former investigative journalist, David would soon discover the sordid scandal of her father’s incarceration and suicide.

David Cavallo quit his job as a reporter because he no longer had the stomach for it. Now he works with his brothers, enjoys life and especially enjoys flirting with women. Usually they reciprocate, but Dana steers clear even though he can tell she’s tempted. But at his brother’s wedding, they share a kiss that leaves him aching for more. Could Dana be the one? Before he can explore his feelings, he learns of his role in her father’s fall and suddenly his hopes for romance becomes complicated.

Will the past define their future? 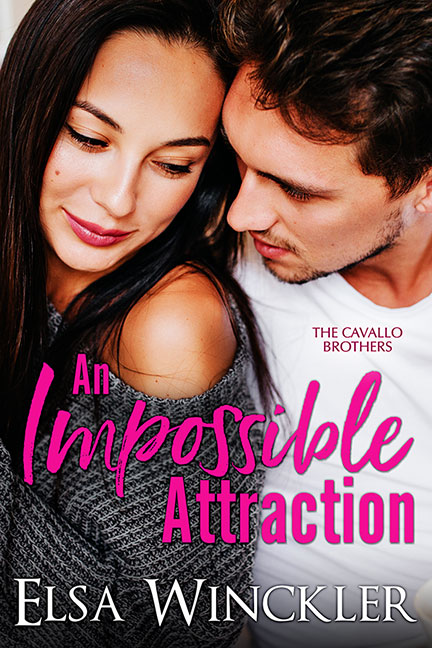 When Interior Decorator Zoe Sutherland is offered the career-building opportunity of a lifetime – working on superstar architect David Cavallo’s glamorous new hotel – she’s thrilled…until she meets David. He may be the most handsome and sexy man she’s ever met, but he’s also the most arrogant and mysterious. He denies her access to the hotel’s floor plans, interfering with her ability to work.

And when she stands her ground and challenges him, his smouldering looks threaten to derail her focus and remind her that there is more to life than work.

David’s life is his career. He enjoys women, but has a love ’em and leave ’em attitude, which has worked until Zoe. She fires up more than his libido and one night of loving is not nearly enough. He wants more. That she might be out to steal the plans of his more daring project to date, has him thinking that perhaps he should keep this potential enemy even closer…in his bed. 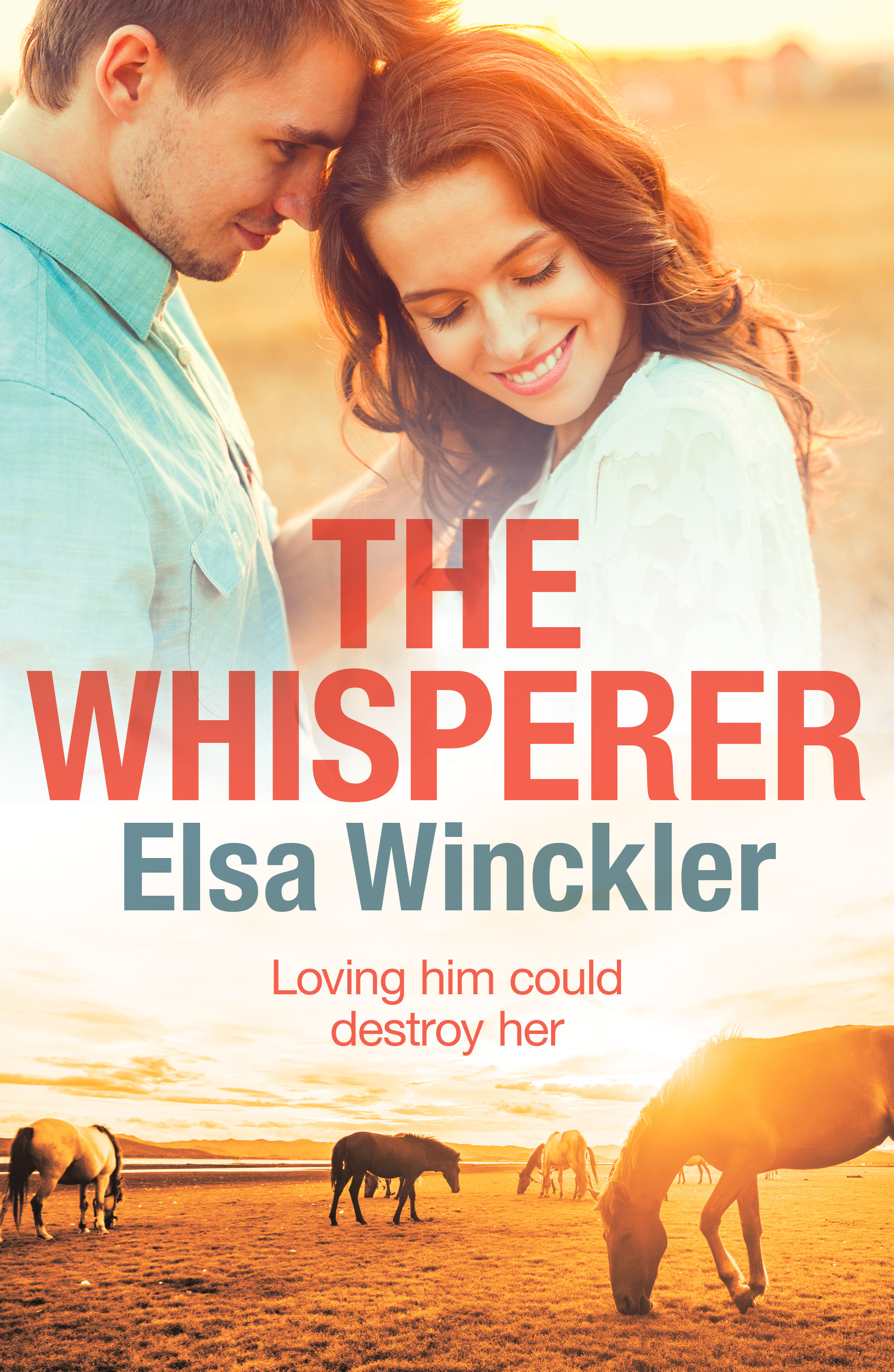 High school teacher Cilla Stevens has always been different, especially in how she connects with animals. When she calms a stray dog during an incident at school, she’s asked to help a nearby farm with a difficult horse.

Cameron Rahl has had a very different relationship with animals since his mother died in a horse riding accident. But now he’s inherited his family’s farm, he’s determined to never let anyone affect him that way again.

Until he meets Cilla. He tries to stay away from the gorgeous horse whisperer with the potential to tame him, but something keeps pulling him close. And as much as Cilla tells herself she can keep it casual, she knows they’re too connected to be ‘just a fling.’

Will Cilla’s heart win out? Or will it take history repeating itself for Cameron to realise just how much he needs her? 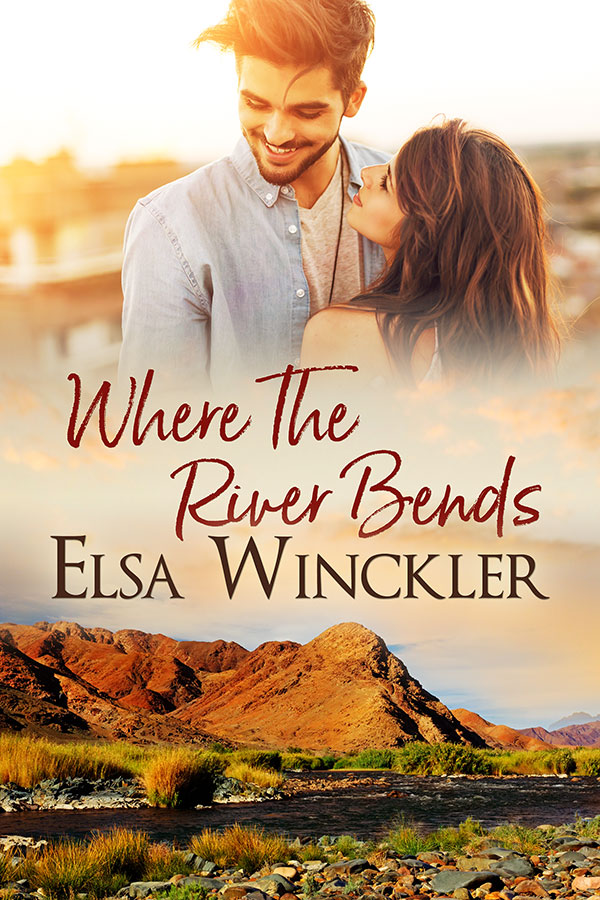 Where the river bends

Kalinda Evans works for the Anglo-Boer war foundation in Canada. She’s sent to South Africa to make sure everyone who lost their lives in the war will be remembered. On her drive to the guest farm in Kimberley, South Africa, Kalinda picks up a female hitchhiker and is startled when just moments later, the woman vanishes. Kalinda would be convinced she was dreaming…except there’s still a white lace handkerchief on the passenger seat.

Extreme sports enthusiast and computer game designer Zack Carter is always after the next big challenge. He’s far too busy for romance and adheres to a three-date rule, until he meets his parents’ latest guest. When she relays the story of her mysterious experience, Zack’s family shares the local ghost story. Kalinda and Zack work together to solve the puzzle of the ghost and how it all ties in with the war and the work Kalinda is doing.

As their attraction grows, Zack realizes he no longer feels the need to prove anything to himself. He only needs to prove to Kalinda that he’s more than a good time. 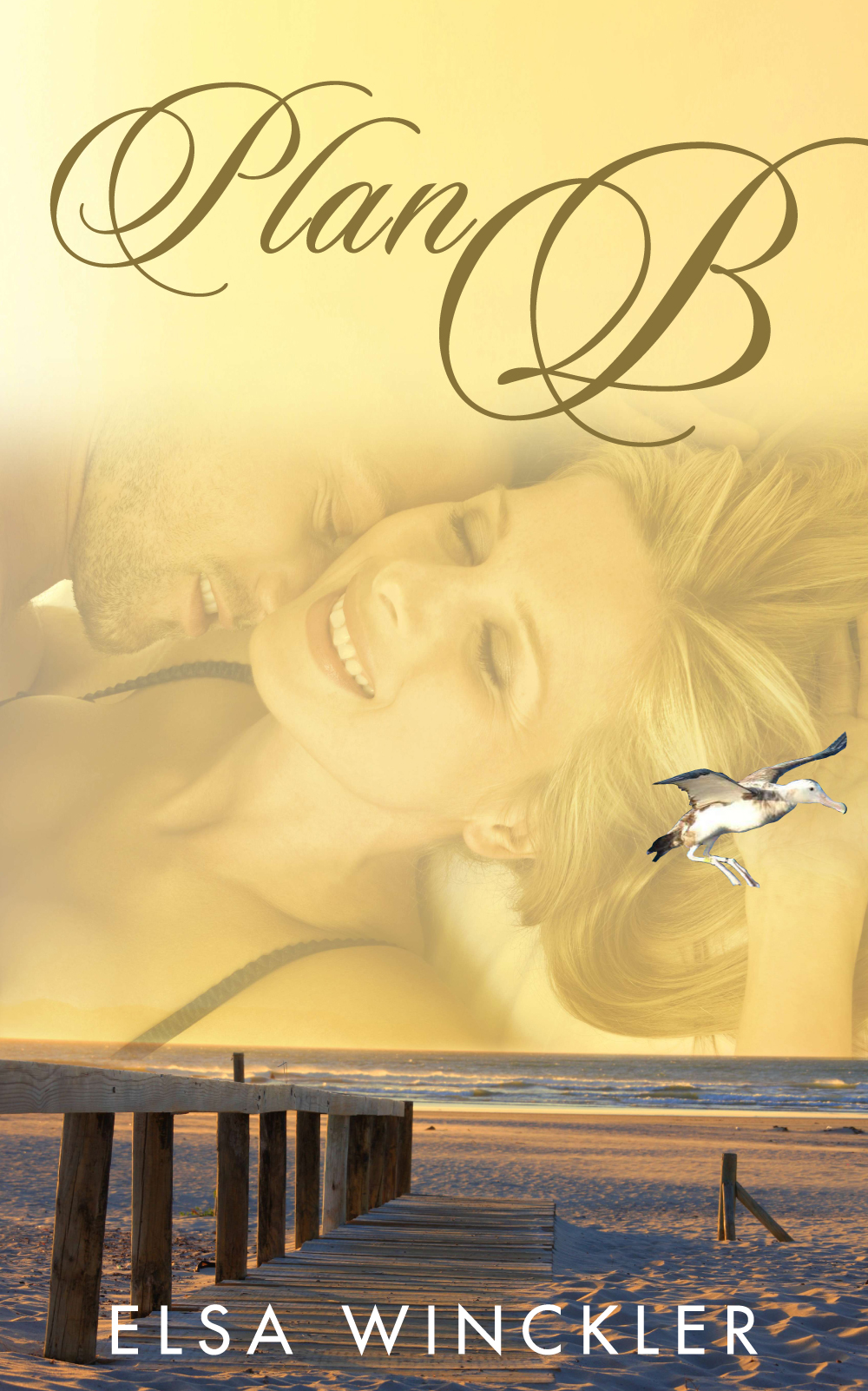 Nina Cooper was more upset to find out her best friend Cody Moore won’t be attending her wedding than she was to find her fiancé in bed with another woman.
When Cody returns a year later from Gough island, Nina’s heart goes into overdrive whenever she is around him. But he is just a friend and besides, she isn’t interested in anything more, is she?