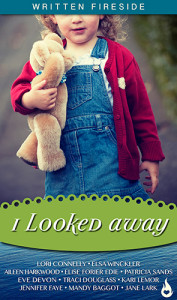 Garrett froze. Ice cold fingers closed around his trachea, making breathing difficult. Those words again. Swallowing a swear word, he jumped up and walked towards the river, trying to calm himself.

Madeline was a beautiful woman, even while crying. For a minute there, that was all he was able to see. Until she’d uttered those dreaded words. Why did people have children if they didn’t want to look after them? The little girl was five years old, damn it to hell!

He knew he had to go back to ask the mother more questions but he needed another minute.

Confused, bewildered, Madeline stared at the game ranger’s back. He wanted an explanation and now that she was trying to tell him what had happened, he was walking away? They had to find Megan, what was he doing?

“What did you tell him?” a voice asked behind her and Madeline turned around. Judy was standing behind her.

Madeline got up and gestured wildly. “Just that I looked away, but only for a minute, I just went back to fetch our jackets, it had started to rain …”

Judy drew in her breath sharply and Madeline stopped talking.

“He found the little boy last year,” Judy said, staring at Garrett’s back.

“What little boy?” Madeline asked, exasperated. She wasn’t sure what was happening, all she was interested in was finding Megan.

“One whose parents used the same words,” Gareth said in a clipped voice behind her.

Madeline turned and looked at him. And it finally dawned on her what he was thinking.

“You think I wasn’t looking after her?” she whispered dumb struck.

“Where exactly did you see her last?” Garrett asked, ignoring her question.

Don’t forget to read the next installment by Aileen Harkwood:

6 thoughts on “Written Fireside: I looked away”