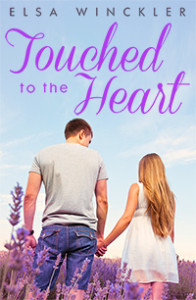 Touched to the heart

‘I’m sorry, but I don’t trust a man who shaves his legs,’ Caitlin said, cradling the cell phone against her shoulder while flexing her fingers. She’d been massaging cyclists for the past half an hour.

It was the end of the second day of the gruelling annual Wines to Whales cycling race, which had started at Lourensford Estate in Somerset West, the beautiful town less than an hour’s drive from Cape Town. She and the other two physiotherapists on duty had not been all that busy the previous day. Only a few cyclists with minor injuries had come to see them but from their experience the previous year they had known that the second day would take its toll on the riders.

For the last half an hour they had been treating a steady stream of riders with back pain, knee injuries and hip pain. When Dana phoned, she had just finished with a patient and for the moment at least, it was quiet. The other two therapists were busy on the far side of the big tent.

‘You, my friend, don’t trust men, period. There is a very good reason cyclists shave their legs; as a physiotherapist who often works on them, you should know that,’ Dana giggled over the phone.

‘Yes, I know shaved legs are easier to treat when there are wounds, but really? A man should have hair on his legs, it’s just a given.’

‘You get to put your hands on gorgeous, virile, sexy cyclists in tight shorts and you want to complain?’ Dana sounded exasperated.

‘Sexy? Cyclists? Seriously? They all look the same. Underfed, sinewy and hairless. There is nothing sexy about a man who looks like that. And virile? I don’t know about that. Sitting on a saddle all day —’

Caitlin heard a movement behind her. ‘Got to go,’ she quickly said to Dana and turned around. And blinked. A big, sweaty, sexy, gorgeous-looking cyclist with ink-black hair and chocolate-brown eyes was standing just inside the tent, his helmet tucked under his arm. If the frown between his eyes was anything to go by, he was seriously ticked off.

Without consciously thinking about it, her gaze dropped down to his legs. They were dirty and okay, hairless, but all muscle. Sexy, rippling muscle. He moved slowly towards her, the tight shorts leaving very little to her over active imagination.

‘I’m looking for a physio,’ he said brusquely.

Her gaze flew up. ‘I’m a physio, can I help you?’ she asked, trying to sound professional.

‘If you’re quite sure you’ve finished with your fascinating phone conversation,’ he said.

Swallowing a quick retort, she tried to hold back her rising annoyance. He might be gorgeous to look at, but what a rude man. She ignored the sarcastic comment and motioned him to one of the high beds on which they worked.

‘Yeah,’ he said and nodded, looking even more irritated.

‘Please take off your shirt and lie down on your stomach,’ Caitlin said and turned away, looking for the massage oil.

‘Any pain in your legs?’ she asked and turned back to him. And nearly dropped the bottle of oil she was holding.

On the same level as her eyes, was the most perfect six-pack of steel muscles she had ever seen. And if she hadn’t been holding something in her hand, she would probably have done something stupid like putting out a hand and touching him to make sure it really felt as hard as it looked.

‘The pain kind of goes down into my right buttock,’ he said, bringing her back to reality.

What was she thinking? She stepped back quickly and turned her back on him again.

‘Okay, please lie down,’ she mumbled while frantically looking for something else to do. A towel. She would need a towel. There was a sound behind her and praying that the man was lying down, she once more turned around, this time slowly.

He was stretched out on his stomach. His broad muscled back was as impressive as the six-pack in front. Her hands tingled as if she were already touching him. Oh, my goodness. It was so hot in here all of a sudden.

Caitlin exhaled slowly. She was a trained professional, treating injuries was what she’d studied so hard for and what she wanted to do. He is just another patient. In pain. She was supposed to help him, not drool over him.

‘You have probably overstretched the ligaments, causing them to overstrain,’ she said, trying to focus on what she was doing, not what she wanted to be doing.