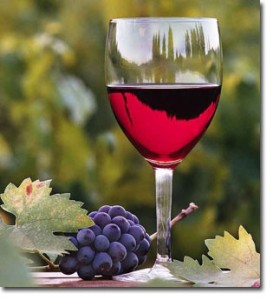 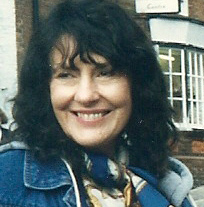 Today I’m having a glass of wine with an ex-South African,  Ellie Eden who now lives, wait for it … in Hawaii of all places!

But before we talk about Ellie’s new release,  Letting Evil In (Etopia Press), let’s get to know her a little better!

Questions:
A. Quickies
Tea or wine? – Wine – In my early twenties used to sip it in the dunes of the Cape 🙂 Lieberstein becasue we had no money.

Cats or dogs? Both

Heels or flats? both – love heels but for walking prefer flats

Goodlooking, kind and strong men
warm and sharing fun women friends
Thrillers and romantic suspense books
Hiking and snorkeling
Chats with my kids when they feel like friends.

D. What triggered this specific story?
Real life. My best friend’s husband had an internet romance and left her to go to Brazil to link up with a young girl he hadn’t even met. It was so unbelieveable. It turned out satisfyingly bad for him. His hot romance was a terror. In the end he was actually scared she was going to kill his daughter and he paid her off. My friend told me all about it as it was happening and said she felt as if she was starring in some intense TV drama. She even showed me his emails to the girl (once she’d managed to break into his email account.) Real life was better than fiction – I simply had to write about it. But I needed her permission and wasn’t sure she’d agree. When I eventually asked her she agreed, thank goodness, and said she was writing about it too! We haven’t compared books as we didn’t want to influence each other. I can’t wait to read hers! And she now has a terrific new husband. 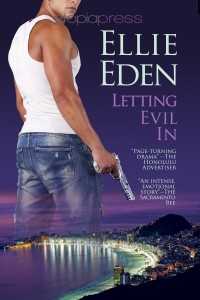 Letting Evil In – Ellie Eden
Blurb:
When Michael goes on a photographic assignment to Brazil and fails to return, Kristi and her son fly to Rio de Janeiro, desperate to find him. Instead she finds that during the cold New Jersey winter, her husband has spent his time in steamy chat rooms with Nara, a young woman desperate for attention and involved in the Rio drug world.   As she searches for Michael in exotic but crime-ridden Rio, Kristy finds herself way out of her league. She turns to Italian-Brazilian Federal Agent Tony Lamazzo for help. As the harsh truth of her marriage brings a dose of reality to her life, she finds the temptation of getting closer to the strong, capable—and totally hot—Tony difficult to resist. She’s in Brazil on the Day of Dead, a day when Brazilians go wild. Why shouldn’t she go wild with Tony, for just one night, before returning home to start the new life alone she’ll have to learn to make for herself?   But when her son vanishes too, Kristi doesn’t know where to turn. Michael’s affair with drug-dealing Nara has exposed them all to the murderous wrath of a ruthless drug lord, and while she longs to trust Tony, she can’t trust his powerful and politically corrupt family. But in the dangerous slums and rainforests of Brazil, the danger mounts for both Kristi and her son, and a cold-blooded enemy has an agenda of his own. If she trusts Tony, she might save her son. Or it might just get them all killed…

And check out the video:

Thanks for having a glass of wine with me, Ellie – all the best with the sales for this one!

A Glass of wine with Ellie Eden
Share this post with your friends
Tagged on: #suspense #romance #Brazil #Rio

3 thoughts on “A Glass of wine with Ellie Eden”