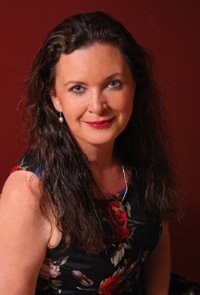 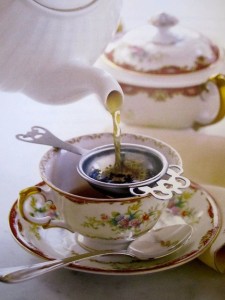 As you will see below, she likes all kinds of tea and and all kinds of wine, so I had to choose. So I thought we’ll start with a cup of Earl Grey tea while we talk about the weather and all things nice 🙂 But when we talk about her new book, I think we’ll need a glas of  Shiraz and I’ve chosen a Shouth African Shiraz from Hermanuspietersfontein cellar.

But before we talk about Elizabeth’s latest historical romance, let’s get to know her a little better!

I’m dreadful. I’m going to have to answer this question with ‘yes’. Green tea, Earl Grey Tea, English Breakfast Tea… Love it all. Wine: Shiraz, Cab Sav, Merlot, Sauvignon Blanc, Chardonnay, Champagne. All of the above for me!

Read, oh my, most definitely read. I might be persuaded to walk briskly but jogging is not in my lexicon.

Cats. I have two beautiful strays. Claude, a black tabby and his sister Coco, a tortie came to our place one summer’s day. They were six week old kittens when their mother decided to seek shelter near our drive ahead of an upcoming cyclone. When the rains came, mother cat had disappeared with one of the kittens. We brought Claude and Coco inside and they’ve been with us ever since – two and a half years now and they are wonderful cats.

I love my heels. Which is just as well. Hubby is a couple of inches shorter than me, so when we got together I was worried that he’d resent me being taller. I was so pleased when hubby said he didn’t mind (and he likes me in heels). 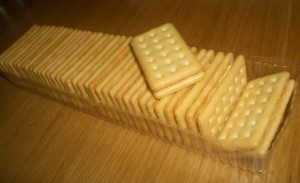 Again I’m going to have to say both. Here’s an example – tonight I went out and bought a treat for me. They’re a biscuit called Lemon Crisps, they are salted cracker with a filling of lemon cream – they’re the best of both worlds!

I’m ashamed to say as someone who lives in a beautiful beachside city, a prefer the mountains. We’re very fortunate where we live on the Gold Coast in Queensland. In 20 minutes we’re at the beach in one direction and 20 minutes and we’re in the mountains in another direction. My husband and I enjoy camping so we get out of the city and into the country as often as possible

B. Five likes and five dislikes

(did I mention housework?)

Visiting Europe (I hope to go into a couple of years)

Skydiving (perhaps for my 50th) 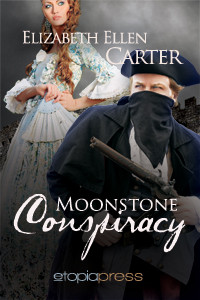 I had such wonderful feedback about one of the secondary characters in Moonstone Obsession – Lady Abigail Houghall. She was one nasty, nasty lady, but right at the very end there was a glimmer of hope that she could be redeemed. My darling husband, who is also my critique partner, said he wanted to see Abigail’s story – so that’s how Moonstone Conspiracy was born.

Revolution in France, rebels in England, and one woman caught in the crossfire…

For her unwitting participation in a plot to embezzle the Exchequer, Lady Abigail Houghall has spent the last two years exiled to the city of Bath. A card sharp, sometime mistress, and target of scandalous gossip by the London Beau Monde, Lady Abigail plots to escape her gilded cage as well as the prudish society that condemns her. But the times are not easy. France is in chaos. The king has been executed, and whispers of a similar revolution are stirring in England. And because of her participation in the robbery plot, the Spymaster of England is blackmailing her into passing him information about the members of London’s upper crust.

When the dashing English spy Daniel Ridgeway takes a seat at her card table and threatens to expose her for cheating, she has no choice but to do as he demands: seduce the leader of the revolutionaries and learn what she can about their plot. As she’s drawn deeper into Daniel’s dangerous world, from the seedy backstreets of London to the claustrophobic catacombs of a war-torn Paris, she realizes an even more dangerous fact. She’s falling in love with her seductive partner. And the stakes of this game might just be too high, even for her.

Elizabeth Ellen Carter’s debut novel, Moonstone Obsession, was published in 2013 by Etopia Press. Earlier that year, the Regency adventure romance had been shortlisted in the Romance Writers of Australia Emerald Awards for Best Unpublished Manuscript. Set in England and France during the French Revolution, it was heralded as ‘edge-of-seat adventure and intrigue’ and ‘a rollercoaster of love, blackmail, ill-gotten gains, treason and trickery’ with Carter described as ‘a writer worth keeping an eye on’ with ‘a hint of classic suspense novelist Daphne du Maurier’.

Her second novel, Warrior’s Surrender, was published by Etopia the following year. Set in Northumbria in 1077, it sets the relationship between a displaced Saxon noblewoman and a Norman baron against the turbulent backdrop of England in the years following the Norman invasion of 1066. Reviewers found the novel ‘a fast moving and passionate read’ with ‘strong characters, an intriguing plot, and plenty of action… a sexy romance to be savoured’. Readers agreed, voting Warrior’s Surrender Favourite Historical Fiction in the 2015 Readers & Writers Down Under Readers Choice Awards.

Also in 2014, the short story Moonstone Promise, spinning off from Moonstone Obsession as part of Etopia’s Valentines Heat anthology, followed the fortunes of one of the supporting characters back home to 18th century Pittsburgh in a tale of ‘second chance romance’.

Warrior’s Surrender (now in print as well as eBook) was named Favourite Historical Fiction at the 2015 Readers & Writers Down Under Readers Choice Awards in March this year.

Carter moved up to 1802 for the light-hearted romantic short story Three Ships, part of the Christmas 2014 anthology A Season To Remember, and ventures briefly into contemporary romance for the first time with her Romance Writers of Australia annual Little Gems competition placegetter, The Tin Bear, publishing in August 2015.

And another Moonstone Obsession character, the sinful Lady Abigail Houghall, features in the full length novel Moonstone Conspiracy, coming from Etopia Press in 2015.

Carter is currently working on her fourth novel, set in ancient Rome and tentatively titled Dark Heart, which will bring together the elements for which she has become known in just a few years – in-depth historical detail woven through gripping adventure and captivating romance.

The author lives in Australia with her husband and two cats. A former newspaper journalist, she ran an award-winning PR agency for 12 years.

“I’m glad you remembered our appointment.”

Abigail recognised the droll voice and so did not even bother opening her eyes.

“It’s not yet midnight,” she replied and felt the couch shift as Daniel’s weight settled down into it.

“In our business, we take opportunities whenever they occur.”

Abigail opened her eyes and opened her fan to hide a yawn. He did not look fatigued. If one was to assign his expression right now, she would have described him as being studiously nonchalant.

“And what business are we in, Mr Ridgeway?”

“A very dangerous one.”

“I don’t recall signing up for a dangerous business,” she retorted, keeping her voice low to prevent anyone overhearing. “If my experience of your business over the past two years is any guide, stultifying boredom would be a better description.

“You can tell Aunt Druscilla that my obligation to her is complete. I’m going abroad at the end of this season.”

A slow feline grin spread across his face.

Fatigue fled and Abigail straightened in her seat, ready to rise to the challenge.

“Are you going to stop me?”

“I don’t particularly care what you do after this season,” he told her. “If you can’t give me what I want by the end of June, then you’re not half the woman Blakeney thinks you are.”

Thanks for having tea with me, Elizabeth and all the best with your book! May she flies 🙂

Tea and wine with Elizabeth Ellen Carter
Share this post with your friends
Tagged on: #historical #Bath #romance #history #Regency

4 thoughts on “Tea and wine with Elizabeth Ellen Carter”