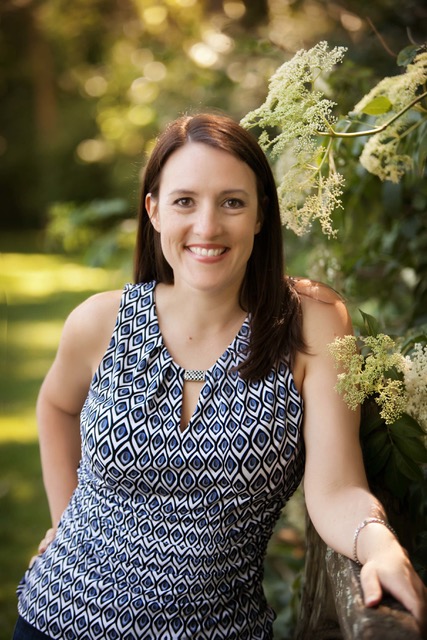 Today I’m having a nice hot cup of English Breakfast tea with cream and sugar with fellow Tule Publishing author, the gorgeous Kadie Scott. And a little bit later, we’ll have a glass of Pinto Gris, her favourite white wine. But before we talk about her latest release, let’s find out more about her.

There is a lovely excerpt below, so don’t stop reading!

Read. Definitely read. I’m a regular jogger, but I have to force myself to do that. Lol.

Dogs. I grew up with cats, but now dogs. Check out my two fur babies—Rex (the white one, whippet/chihuahua mix) & T-Bone (the black one, terrier/chihuahua mix).

Flats in reality, because my feet can handle them. Heels in my head, because they’re so pretty.

Boxers all the way. So sexy.

Darker the better, but any chocolate is fabulous.

Both. Even better if I get them together. Like sea salt caramel. Drooling just thinking of it.

Mountains. Estes Park, CO is my favorite place on the planet.

[I had to Google Estes Park, Kadie, it looks fabulous!]

B. Five likes and dislikes

I grew up in the Texas Hill Country where I set the Hills of Texasseries, and have also loved the romance of a ranching family (though I know the reality is much rougher).

While this story absolutely stands on its own, it’s the second book in the series. Will was such a steady, unflappable character in book 1 (Saving the Sheriff), I just had to find him a woman that might make him lose it. Just a little. Lol. Rusty definitely makes Will crazy—in more than one way, and all of them fun!

Rusty Walker has spent her entire life trying to earn her tough, ranching father’s respect and approval by learning the business inside and out. But now her uncompromising parent has decreed she must marry if she wants to inherit. Worse, her husband has to be someone who can help her run the business. As if she needs it!

Williams Hill kissed Rusty in a bar in an act of temporary insanity, and lost his heart to her on the spot. Despite the complications to his own rodeo stock business, he agrees to marry the feisty red-head, hoping to woo her once they’re hitched. But she only views him with suspicion and resentment.

Can this soft-spoken Texas cowboy convince his proud wife, who’s never known unconditional love, that she is everything he wants?

Praise for The Hills of Texas Series:

✭✭✭✭✭A warm, sweet read but with a couple of interesting twists that come out of the author’s vivid imagination but could be realistic happenings in today’s world…. A well written, entertaining romance with some wickedly woven intrigue mixed in. ~Fresh Fiction

✭✭✭✭.5 “I said it before and I’ll say it again. Kadie is brilliant. You need to read her books. The Wrong Kind of Compatible, The Attraction Equation, and Saving the Sheriff should be your next 3 reads if you haven’t read them already. I’m serious.” ~Remarkably Lisa

✭✭✭✭✭“This is one of those feel good books that you can’t put down because you want to see what is going to happen next … so you keep reading because the book is just that good. This is a great start to a series and I can’t wait to see what happens to the rest of the Hill clan.” ~Sarah, Goodreads Reader

✭✭✭✭✭Cozy on up and grab your wine, because you are in for a treat with this book.  You will not regret your decision to read it.  I promise. A Hallmark worthy moment. Kadie keeps it up she will have a bright bright future in the book world. ~Moonshine’s Corner

Award-winning contemporary romance author, Kadie Scott, grew up consuming books and exploring the world through her writing. She attempted to find a practical career related to her favorite pastime by earning a degree in English Rhetoric (Technical Writing). However, she swiftly discovered that writing without imagination is not nearly as fun as writing with it.

No matter the genre, she loves to write witty, feisty heroines, sexy heroes who deserve them, and a cast of lovable characters to surround them (and maybe get their own stories). She currently resides in Austin, Texas, with her own personal hero, her husband, and their two children, who are growing up way too fast.

Excerpt from Resisting the rancher:

The announcer came on almost immediately. “And she does it, folks. Rusty’s time is 17.40, moving her into first place. That was the winning time last year. The other riders are going to have to stretch it to beat her.”

The crowd clapped and cheered. With a grin, Rusty waved to them, acknowledging their support for what had been a masterful ride. Holly had made a fantastic choice when she’d picked this woman to ride her horse. No question Rusty Walker knew exactly what she was doing.

She trotted Mischief back through the gate. Will hopped down from the fence and headed her way. Before he caught up to her, she dismounted and lead Mischief back the way she’d come earlier, right toward him.

“Nice ride, Rusty,” another dark-haired girl getting ready to make her own run called just as Rusty was drawing up to where Will waited.

She turned and waved. “Thanks, Maggie. Go get ’em.”

Rusty was smiling when she turned back around, a genuine smile, and Will could see a pair of deep-set dimples that were downright sexy. Again, that distinct stirring of interest ignited inside him.

Mischief turned his head at the sound of a familiar voice only to be turned back forward by a light tug on the reins.

“Excuse me, ma’am?” Will tried again as he got closer.

Deep brown eyes snapped to his and widened in surprised recognition, at least, he thought that might be recognition. Then the surprise was replaced by a blank wall of cold indifference. The smile vanished, replaced by lips closed tight. She kept walking.

Strangely amused by her attitude toward a total stranger, Will ignored the chill in the summer air, fell in step with her, and held out a hand. “I figured I should introduce myself. I’m—”

“Someone I have absolutely no interest in knowing.” She glanced at the hand he still held out, but didn’t take it, and didn’t stop walking.

Will dropped his arm to his side. “I don’t think you understand. I’m—”

“Not getting it. I’m not interested. Quit while you still have some pride, buddy.”

Wow. He couldn’t remember the last time he’d been shut down that harshly, and he wasn’t even asking her out. All he’d wanted to do was share his relationship to Holly since Rusty was riding her horse.

He held up his hands in surrender. “All right. Great run. Enjoy the rest of the rodeo.”

He tipped his hat and stopped walking, letting her move on alone, Mischief following along like the lamb he was, though the horse turned his head to peer at Will a few times in a confused horse kind of way.

Will ignored the animal, his gaze pulled to Rusty’s retreating figure and the sway of her hips. Despite her total rejection, desire tightened in his gut, which brought on a frown.

What was wrong with him? What kind of guy found a woman attractive who’d effectively slammed the door in his face before she was even asked? Besides, it wasn’t like him to respond so immediately to a pretty woman. Usually, the personality was what attracted him.

A low chuckle had him turning to find Chase not far away. Will raised his eyebrows in question.

“You’re not the only one to receive that treatment,” Chase commented.

They both gazed after Rusty’s retreating form.

Thanks for having tea with me, Kadie. I also enjoyed the glass of wine😊